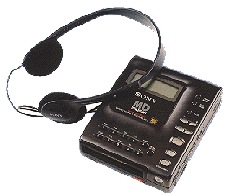 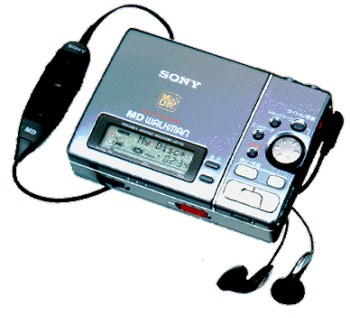 Anyway, week-before-last some friends were excited about having an audience-experience recording of a concert they were doing, so I wanted to do a good job. "This microphone pre-amp hiss from the MZ-1," said I, "is the worst part of the live recording process."

Len Moscowitz, who made the microphones, has a low-noise mic amplifier, but it's rather expensive, and it irks me to have to buy something to replace cheap parts of my Sony gear. So I ran off to The Sony Store to grab an R3. And I'd rather not carry an extra gadget to the concert.

Anyway, with my CSB mics I did some recordings of a friend playing the baby grand, to decide if I'd take the R3 or MZ-1 to the concert. He played the first few bars of "Fur Elise," a song about Beethoven's cat, I think.

After doing a few rounds of that for the recording levels so that I could get used to the R3's tiny level meter, I got two recordings of comparable gain. And I couldn't hear any difference between them. So, using the philosophy of "Better the devil you know" I decided to take the MZ-1.

I'd be happy to have the R3, but for me there wasn't 1000$ of extra features there to make me want to upgrade.

The concert turned out to be in a high school auditorium with a P.A. system and a couple of wireless microphones (the sound engineer rode gain on the mics so that the space was "ringing" all evening, on the edge of a major feedback howl.) The recording is wonderfully realistic- it sounds exactly like a large chorus with a small number of good voices, singing in a terrible acoustic space with a bad sound system.

I have both the MZ-1 and the MZ-R3 - I must say that I enjoy the MZ-1 a lot more than the R3. [Contrary to other's experience with the MZ-1] I haven't had any problems with the loading mechanism whatsoever! I like the MZ-1 because it is heavier and more solid (besides, it looks nice on the table when I DJ!!) - I espesically like the backlit display (good when the lights are dim)! It has an optical *OUT*(great if you want to output something to DAT) and IN, also manual input adjustment (while recording ++), Louder Headphone and Line Output than the R3. The only thing about I don't care about the MZ-1 is the battery (too big and $$$), the title is limited to 10 (?) letters and numbers (no *&^$%@! Symbols), and the ATRAC version 1.0 - I can't tell the difference but perfer 3.0.